For the December 2010 issue of Who’s Jack, I went to meet a team of visual artists from Superglue, who were working on a new TV advert for the Toyota Auris, using projection mapping. This was fairly new technology at the time, but now it’s used all over the place, quite often in car adverts. Must make them look especially shiny and exciting. 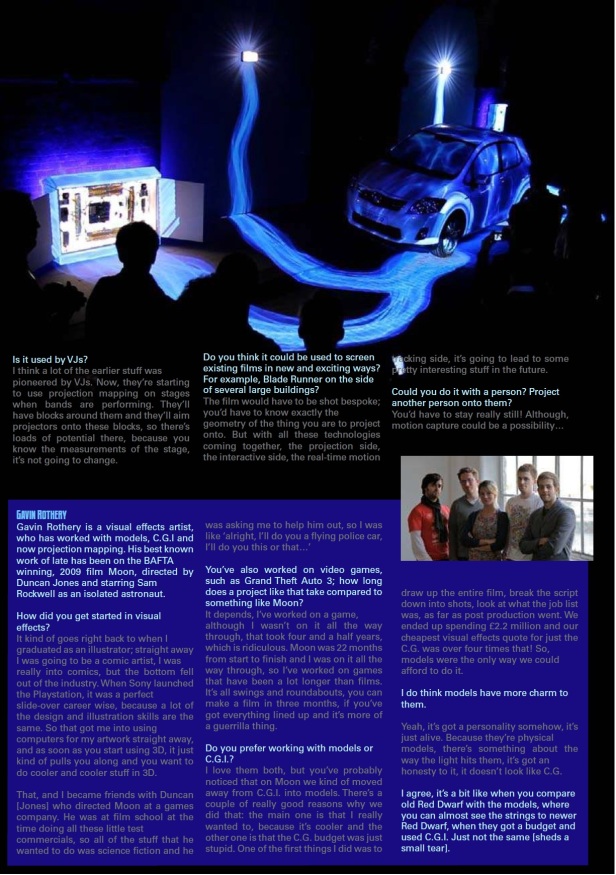 This site is a portfolio of features I’ve written for print and online publications.

I have covered a wide range of subjects and am often available for freelance work.

You can reach me at thisismarkwilliams@gmail.com